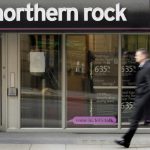 There are growing calls for Britain’s financial watchdogs to relax aspects of the post-crisis regulations and allow the resumption of controversial “100pc mortgages” – where homebuyers put down no deposit whatever.

Lenders, brokers, academics and other property commentators claim the “kneejerk” response to ban 100pc home loans lacks logic, is socially divisive and will “store up enormous social and financial difficulties in decades to come”.

High “loan-to-value” mortgages have been controversial for many years. Even before its notorious collapse in 2007, Northern Rock was being criticised for its decision to lend as much as 125pc of a property’s value.

But many claim that for younger borrowers who do not have family assistance in raising a deposit, the only way to buy is via a 100pc mortgage. They point to the availability of 100pc loans throughout the Nineties and say it is only in the wake of the 2007-2009 banking crisis that this form of lending has been withdrawn.

In the immediate aftermath of the crisis mortgage lending across the board collapsed. The sale of mortgages at loan-to-value ratios of above 75pc all but ceased.

Since 2012 a number of Government initiatives, such as Help to Buy, brought about an increase in higher loan-to-value deals, but today the maximum typically lent is 95pc of the property’s value. Even these loans are comparatively difficult to obtain and come at a very high rate.
Tough regulations make it expensive and cumbersome for banks to lend at high loan-to-value ratios and as a result very little business is done.

In 2007, 5.6pc of all new lending was at a loan-to-value of 95pc or more. Today that figure is 0.2pc, according to UK Finance (formerly the Council of Mortgage Lenders).
At the same time, borrowers are subject to rigorous income checks and other tests to ensure they can meet monthly repayments in a range of scenarios.
Some 100pc mortgages are currently available, but most if not, all require borrowers’ families to provide some form of guarantee CREDIT: GARETH FULLER/PA WIRE
“There is no reason that anyone should object per se to 100pc mortgages,” said Ray Boulger, one of Britain’s leading mortgage analysts and whose experience of the market spans several decades.
“It is a shame 100pc loans are not available. If borrowers can afford monthly repayments, with a risk of interest rate rises factored in, why is it a problem?”

He and others argue that (unlike in 2007) applicants are currently “stress-tested” before they are offered mortgages, with scenarios in which mortgage rates of 6pc or even 8pc are applied. With many popular mortgage deals now charging less than 2pc, this is a comfortable safety net, Mr Boulger believes.

If a generation is denied the chance to buy then there will be significant social consequences. Paula Higgins, Homeowners’ Alliance

He pointed out that even if house prices do not rise, it would take a borrower with an initial 100pc mortgage just two years and three months to “build up 5pc equity through their repayments”.
“Previous data has shown that borrowers with little or no equity in their property do have slightly higher arrears rates than others,” he said. “But more recently it appears that as affordability has improved this is no longer clearly the case.”

‘We are regulating ourselves into a full-blown housing crisis’
The return of 100pc mortgages is also seen as a desperately-needed measure to stimulate the sluggish housing market “from the bottom up”.

“The starting point of course is that no-one should get a mortgage if they cannot afford one,” said Paul Smith, chief executive of Haart, Britain’s biggest independent estate agency chain. “But that does not mean they shouldn’t be offered 100pc mortgages.”
He says it is a “sad, unlucky twist in fate that has deprived a generation of the opportunity to own property”.

“If you look back to the Nineties and early 2000s, 100pc mortgages were common and were for many prudent borrowers the only way they could buy. The crisis has come along and now, as a result of regulatory overkill, a whole cohort of youngsters are being denied that same opportunity.”
Today, 0.2pc of all lending is at a loan-to-value of 95pc or more CREDIT: JOE GIDDENS/PA WIRE
He reckons that the clear majority of those who can afford monthly mortgage payments would make a saving by owning, even where they were paying the far higher rates associated with 100pc mortgages. This is because rents are considerably higher than mortgage payments.

He takes a property worth £200,000 which, he said, would command a monthly rental outside London of £907, based on his agencies’ own data. A borrower with a 95pc mortgage (paying a typical, current rate of 3.58pc) would have monthly mortgage repayments of £793.

“We are long overdue the return of 100pc mortgages for this group,” he said. “There are plenty of young people who earn good salaries but cannot get their mortgage because they don’t have a deposit. As a country, we may have regulated ourselves into a home-ownership crisis – partly explaining why ownership rates are at their lowest in 30 years.”
Some 100pc mortgages are currently available, but most if not, all require borrowers’ families to provide some form of guarantee.

Mr Boulger said: “There is a widening social divide between those families who can help youngsters buy and those that can’t. Bringing back 100pc mortgages would mitigate that problem.”
Paula Higgins, of the Homeowners’ Alliance, the online information and community service for property owners, said: “Banks should only be lending what borrowers can afford. But it shouldn’t be formulaic. If a generation is denied the chance to buy then there will be significant social consequences. Society relies to some extent on building up wealth through property. What happens if a generation can’t do this?”

By no means everyone believes bigger mortgages are the solution to Britain’s sclerotic housing market.

Critics point to the fact that current mortgages advances, relative to applicants’ incomes, are at their highest – and this at a time of low interest rates and historically high property prices relative to national wages.
While there has been much criticism of Northern Rock’s lending practices, most analysts agree that the funding model, rather than high loan-to-value mortgage business, was the trigger for the lender’s spectacular collapse. Unlike most lenders it raised funds by “selling” its mortgages to another, related business, which then issued bonds to global institutions.

Exactly ten years ago (although its 1.4m depositors didn’t yet know it) Northern Rock was in trouble.

On August 14, 2007, the stricken lender warned Bank of England governor Mervyn King that drastic action, including a rapid sale or even rescue, might be necessary.
On August 29, the Chancellor was alerted to the possibility of a wider disaster, including the loss of public confidence and a run.

By mid-September news of the Bank of England’s intervention caused the shares to collapse, the firm’s website to crash and the first run on a British bank in more than a century.

While there has been much criticism of Northern Rock’s lending practices, most analysts agree that the funding model, rather than high loan-to-value mortgage business, was the trigger for the lender’s spectacular collapse. Unlike most lenders it raised funds by “selling” its mortgages to another, related business, which then issued bonds to global institutions. In August 2007 investors’ appetite for these assets dried up.

Some of the main causes of bad credit are missed END_OF_DOCUMENT_TOKEN_TO_BE_REPLACED

“The Scottish Government is launching a £10m support END_OF_DOCUMENT_TOKEN_TO_BE_REPLACED

“It said £500m of additional funding would be needed to END_OF_DOCUMENT_TOKEN_TO_BE_REPLACED