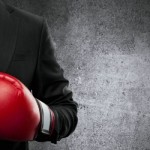 Self-certification mortgage lender selfcert.co.uk has responded to the FCA’s self-cert mortgage warning, arguing that “there is no evidence Self Cert products caused any more harm than any other mortgage product available in the UK”.
It disputed the FCA’s claim that all firms offering mortgages in the UK (including EEA firms) will have to comply with the Mortgage Credit Directive, which requires a thorough affordability assessment based on information that has been verified by the lender.
selfcert.co.uk responded:
“The new directive by the European Banking Authority states that lenders should take all REASONABLE steps to verify income. We have never said that we wouldn’t take reasonable steps. If the EBA wanted to insist on Self Cert’s being prohibited, it would have used the same wording as the FCA does in the MMR.”
It also hit back at claims that under the ECD, firms can only contact customers on-line, not by telephone or post.
selfcert.co.uk said that whilst customers can not speak to the operations in Prague by phone or post, under the rules a company can outsource their customer services to a third party in the UK.

“Outsourcing customer services in this way is quite common, one example of this is Google who have a similar structure. Their sales team are based in the UK whilst the sale actually takes place in Dublin. The UK Government seems to be OK with this kind of operation.
“It is our full belief that with increased regulation though sometimes erratic, businesses will seek to do what we have and choose a home outside of the UK. With mortgages the scope for problems are limited as the lender is the party that are risking their capital. Should that change to companies offering saving schemes outside of the FCA, we would certainly have reservations about the safety of such products.
“We are very open about our set-up, we are more than happy to co-operate with the FCA, the Financial Ombudsman Service. We would even submit to their authority/arbitration in any area – other than telling us who we can and can’t lend our own capital to.
“We felt that we needed to respond to the FCA’s alert about this site, though some of the advice is accurate most parts aren’t. It is important to us to address the points that we disagree with. Right from the start we want to highlight the fact that we do not question the FCA’s integrity in making these points, we just think that they are interpreting the rules incorrectly.”
selfcert.co.uk announced last month that it has ceased taking new applications until further notice.
A message on the lenders website said that “this will be at least 3 months” as it works through a ‘severe backlog’ of people that have registered an interest in the products.

Some of the main causes of bad credit are missed END_OF_DOCUMENT_TOKEN_TO_BE_REPLACED

“The Scottish Government is launching a £10m support END_OF_DOCUMENT_TOKEN_TO_BE_REPLACED

“It said £500m of additional funding would be needed to END_OF_DOCUMENT_TOKEN_TO_BE_REPLACED