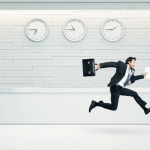 The government has announced plans to make switching providers “quicker and easier” across a range of sectors, including mortgages.
The government believes that consumers are staying with their current bank because they think switching would be too cumbersome and difficult, and that currently there is no consistency between sectors on how long it takes for consumers to switch from one service provider to another that offers them a better deal.
Its new proposals could allow consumers to switch provider in a week or less, and the rules could be in place as soon as next year.
However, the mortgage industry has expressed concerns that not only would borrowers be relying on lenders to process the case in seven days, the bank will also require a valuation of the property to be carried out.
Mark Harris, chief executive of mortgage broker SPF Private Clients, believes that this will be less of an issue on lower LTVs as AVMs are available, which “would have to become more commonplace in order to make a seven-day switch achievable”.
Harris added: “While in theory seven-day mortgage switching sounds attractive and makes for a wonderful soundbite, the reality could be very different. Currently, the best-case scenario for switching mortgage is one month but it typically takes two months and could take as long as three months.
“If the borrower gets into the habit of switching their mortgage frequently because it is easier to do so, then numerous credit checks could affect their credit rating, subsequently damaging their long-term prospects.
“Lenders model pricing on account of how long they anticipate borrowers staying with them so if there is a lot of chopping and changing as borrowers become more short-termist in their outlook, then pricing and early repayment charges could be forced upwards.”
However, he believes that the changes could have a limited impact on the mortgage market, “particularly when you consider that there are many people paying more than they need to on their lender’s standard variable rate because of a general apathy towards re-mortgaging, particularly when interest rates are so low”.
The government is meeting with industry bodies in the coming months to discuss how the proposals could be taken forward.
Rob’s Comments
Doing a re-mortgage is fairly easy today and usually, if all documentation is provided by the client upfront, can be completed within 7 days. The challenge will be with the legal side of the transaction. Most lawyers will need 3 -6 weeks to complete so, what is the government trying to fix. Nothing except it brings more attention to them and the “look at us, see how we are helping you” which translate to “I am doing nothing for you but making it look like I am so, you will vote for me in future and I can sit back and enjoy a nice big salary for doing very little. “

Some of the main causes of bad credit are missed END_OF_DOCUMENT_TOKEN_TO_BE_REPLACED

“The Scottish Government is launching a £10m support END_OF_DOCUMENT_TOKEN_TO_BE_REPLACED

“It said £500m of additional funding would be needed to END_OF_DOCUMENT_TOKEN_TO_BE_REPLACED