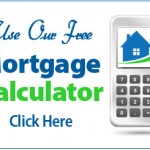 Inaccurate affordability calculators posted on lenders’ websites are misleading borrowers and intermediaries shopping around for the maximum mortgage they can secure, the Financial Conduct Authority (FCA) has found.
The differences between actual amounts lenders are prepared to advance and the sum generated by the calculator varied from lender to lender. The discrepancies were brought to light during field-based testing carried out by the regulator as part of its Responsible Lending Review.
A sample of lenders were issued with the same set of case studies outlining the circumstances of applicants looking for a mortgage and were asked to put them through their affordability tests. The regulator took the same details and put them into the lender’s calculators.
Two themes emerged from the results; mortgage advances generated by online calculators, based on the same set of client circumstances, differed to those which were input by the lender and, lenders’ overall approaches to clients with identical circumstances varied widely.
Three out of five firms had online calculators which produced much higher advances than the they were actually prepared to lend, while two generated lower amounts.
Director of Competition, FCA, ‎Deborah Jones, said she was less worried about the variances between loan amounts offered between lenders and more concerned about how consumers were made aware of this, which is where online calculators can prove useful but were failing users.
In its paper, the regulator said the calculators provided consumers with the ability to shop around but some were found to be based on simplistic income multiples which provided inaccurate estimates.
“We would encourage firms to take reasonable steps to communicate with their customers in a way that is fair, clear and not misleading by checking whether their online calculators provide a realistic estimate,” said the FCA.
Rob’s Comments
This has been the case for a few years now. Some lenders are bringing the calculators in line with what they are willing to lend and most have a statement saying that the calculator is only a guide to what could be available. It is important for a customer to know that we are still years away to complete on line mortgage approval/offer service and the house lending is a complicated subject for most. It is best to use an independent broker if you are unsure or unconfident. The £200-£300 could be money well spent

Some of the main causes of bad credit are missed END_OF_DOCUMENT_TOKEN_TO_BE_REPLACED

“The Scottish Government is launching a £10m support END_OF_DOCUMENT_TOKEN_TO_BE_REPLACED

“It said £500m of additional funding would be needed to END_OF_DOCUMENT_TOKEN_TO_BE_REPLACED