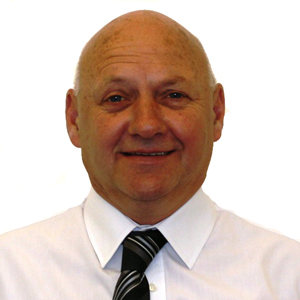 Building societies have promised to review their maximum lending ages for mortgage borrowers, as increasing numbers of older home owners are trapped in their homes or on very high rates.
Since new lending rules were introduced last April, Britain’s mortgage lenders have made it very difficult for older borrowers to secure a loan even when their incomes are secure and they have large deposits or equity.
And it’s not just those in their late 50s or early 60s who are struggling – borrowers in their late 40s with good incomes who intend to work into their 70s are struggling to jump through lenders’ hoops.
Forty-somethings ‘too old to get a mortgage’
Lenders typically stipulate a maximum age of 70 or 75 at the end of the loan, but in practice many will no longer lend beyond a borrower’s state pension age. This age depends on when a borrower was born, but for most it will be their mid to late 60s. [Look up your new state pension age]
To secure a loan past this point, lenders are requiring borrowers to prove their retirement income from the state pension age, even if they intend to work for longer.
The problem is compounded by the fact that the average first-time buyer is now aged 30, up from 25 in the early Seventies. And this it is expected to keep on rising – some expect it to reach about 40 by 2025.
Last month the city regulator, the Financial Conduct Authority, announced an investigation into lenders’ unfair rejection of mortgage applications from certain borrowers, including those deemed “too old”.
The Building Societies Association (BSA) is launching a report this week that looks at the increasing need to fund mortgage borrowing into retirement.
Paul Broadhead, head of mortgage policy at the BSA, said the report identifies a number of areas that need to be addressed to meet “the inevitable growth in demand for borrowing into, and in, retirement”.
The report also recommends:
• Greater availability of suitable housing options for older home owners who want to move to a property that meets their changing needs
• Development of a mortgage that adapts to the different stages of a borrower’s life.
• Lenders work with insurers to develop policies that lower the risk involved in lending to older borrowers.
• Improving the availability of financial planning in retirement.
The Council of Mortgage Lenders (CML), an industry trade body, has also commissioned a report on the growing demand for borrowing in retirement.
The research, which was undertaken by Dr Louise Overton of the University of Birmingham and Lorna Fox O’Mahony of the University of Essex, found that the market does not meet the needs of the UK’s ageing population.
The CML plans to publish a set of proposals in the next few weeks to address the lack of options for older borrowers.
http://www.telegraph.co.uk/finance/personalfinance/borrowing/mortgages/11985962/Building-societies-consider-lifting-age-caps-for-older-borrowers.html

Some of the main causes of bad credit are missed END_OF_DOCUMENT_TOKEN_TO_BE_REPLACED

“The Scottish Government is launching a £10m support END_OF_DOCUMENT_TOKEN_TO_BE_REPLACED

“It said £500m of additional funding would be needed to END_OF_DOCUMENT_TOKEN_TO_BE_REPLACED