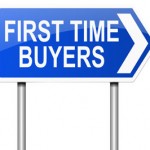 First-time buyers and IFAs are baffled by the government’s double standards over when the 3% Stamp Duty premium should be triggered, leaving existing homeowners with additional properties significantly better off.

Following a Mortgage Solutions story about the complexities of the Stamp Duty Land Tax (SDLT) surcharge rules implemented on 1 April, confused readers wrote in questioning the fairness of the framework.

First-time buyers looking to purchase their one and only main residence, who already have an investment property they intend to keep, will be liable to pay a 3% surcharge on the SDTL bill.

Those already on the property ladder, selling their existing main residence and buying a new one, who own a buy-to-let or second home they intend to keep, will avoid the higher tax bill.

One reader, who wished to remain unnamed, told Mortgage Solutions he and is his wife had rented in London for the past five years while they saved a deposit for their first home. His wife had inherited a 50% share in a property abroad, six years ago, and because of this they would have to pay the surcharge on their first home.

He was told by HMRC that the purchase of his first home with his wife did not pass the ‘main residence test’ because of the existence of a second home in a different country. He described the process as ‘totally unfair’ and flying in the face of the policy’s intentions, to protect the stock of homes available to first-time buyers.

In its guidance rules, issued after the Chancellor’s Budget, the Treasury issued a number of case study scenarios to help the public understand how to pay the levy. In one example, the owner of a holiday home in Cornwall, who is looking to sell a main residence in London and buy a new one can avoid the 3% surcharge as long the sale is completed within three years of the purchase.

Tax expert Richard Jones of RSM said the rationale behind treating first-time buyers differently to owner-occupiers, both in possession of a second home at the time of purchasing a new sole main residence, hinged on the ‘replacement rule’.

Under condition D of the government’s guidance notes it states the tax must be paid if ‘the dwelling being purchased is not replacing the purchaser’s only or main residence.” First-time buyers with an existing investment property, however it has been obtained, are considered under this rule to be buying an additional property as they have nothing to replace.

Jones said: “The assumed logic here is that you can only have one main residence, so if you buy a new home and don’t sell your previous one, that former residence takes on the ‘character’ of a second home.”

IFA Simon Li of Rosemount Wealth Management said the government had taken a simple concept and turned it into something complicated.

“I understand the purpose of the higher rate is to put off potential property investors and individuals from owning more than one property so more people can be homeowners,” said Li. “But in my client’s case, she lives with her parents and wishes to purchase her own home. But because she has an investment, which happens to be a property she has never lived in, she is being penalised for it.”

The Treasury would not comment on the fairness of the rule or whether the difference in treatment of first-time buyers and owner-occupiers was an unintended consequence.

A Treasury spokeswoman said: “It is right that people should be free to purchase an additional property, such as a buy-to-let property or a second home. However, we know that this can impact on other people’s ability to get on to the property ladder. That’s why we introduced a higher rate of Stamp Duty for those who purchase additional property. Our change will make it fairer for people trying to get on their foot on the property ladder for the first time.”

Some of the main causes of bad credit are missed END_OF_DOCUMENT_TOKEN_TO_BE_REPLACED

“The Scottish Government is launching a £10m support END_OF_DOCUMENT_TOKEN_TO_BE_REPLACED

“It said £500m of additional funding would be needed to END_OF_DOCUMENT_TOKEN_TO_BE_REPLACED