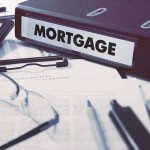 First-time buyers will need to earn £64,000 a year by 2020 to be considered for a mortgage, research from housing and homeless charity Shelter shows.

The report revealed that fledging homebuyers would need to increase their income by a fifth on today’s requirements of £52,000 a year.

Adding to their financial pressures, first-time buyers will need a deposit of £46,000 to keep up with rising house prices, which are projected to climb to £270,000 over the next four years.

Shelter is calling on the government to commit to building homes that people on ordinary incomes can afford, to stop the situation from getting worse.

Campbell Robb, Shelter’s chief executive, said: “When house prices are increasing six times faster than the average wage, it’s no wonder people on ordinary incomes are being locked out of a home of their own.

“With the situation only set to get worse, Generation Rent will be forced to resign itself to a life in expensive, unstable private renting, and wave goodbye to their dreams of a home to put down roots in.

“It doesn’t have to be like this. The Government has the power to turn our housing crisis around, but only if they stop with schemes like Starter Homes which only help higher earners, and start investing in homes that people on ordinary incomes can actually afford to live in.”

Some of the main causes of bad credit are missed END_OF_DOCUMENT_TOKEN_TO_BE_REPLACED

“The Scottish Government is launching a £10m support END_OF_DOCUMENT_TOKEN_TO_BE_REPLACED

“It said £500m of additional funding would be needed to END_OF_DOCUMENT_TOKEN_TO_BE_REPLACED