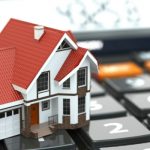 Despite mortgage rates continuing to fall, fees on fixed rate mortgages are rapidly increasing and are now approaching a four-year high, according to Moneyfacts research.
The average fixed rate fee now stands at £1,018, reaching its highest point since August 2013 when average fees then dipped to £1,005.

Charlotte Nelson, Finance Expert at Moneyfacts, said: “With borrowers being told to switch to a low fixed rate mortgage for some time now, the increase in the average fee to over £1,000 and the highest point in four years is disappointing news. So, while rates remain at record lows, these are being compensated in part by larger arrangement fees.

“Some of the lowest deals on the market have fees of around £2,000, and some borrowers are being asked for even more, with the largest fee on a fixed rate mortgage sitting just shy of £4,000 (on a deal for professionals only). As fees vary wildly even within just one provider’s mortgage range, it leaves many borrowers questioning what they are for and what they would gain from paying extra in fees.

“Deals with larger fees often allow you to add the fee to the mortgage advance, however, this increases the amount borrowed, pushing up monthly repayments, which seems wasteful when there are fee-free products out there. That said, a low rate with a high fee does tend to favour those borrowers purchasing properties at the higher end of the housing market, so the advantages of a fee-paying versus a fee-free product will depend on personal circumstances.

“These larger fees mean that the new lower rate mortgage deals on the market might not be as cost-effective as their headline-grabbing rates might suggest. For example, opting for the lowest two-year fixed rate mortgage at 60% LTV with no fee (currently Skipton Building Society’s 1.48% deal) will see borrowers £1,088.61 better off in the first year compared with the lowest overall rate, which comes with an above average fee of £1,495. The extra saved by opting for a deal with no fee could be better used to overpay the mortgage, which could help borrowers become mortgage-free quicker.

“Those savvy borrowers heeding the advice to remortgage could find that moving deals can be a costly affair, especially if their preference is for shorter-term fixed rates. Therefore, with fees on the rise, it is more important than ever for borrowers to consider the true cost of a mortgage before obtaining a deal.”

Rob’s comments. I have a youtube channel and on it I talk about this very thing. All banks offer deals without an application/booking fee and these must be considered on all new mortgage transactions.

Some of the main causes of bad credit are missed END_OF_DOCUMENT_TOKEN_TO_BE_REPLACED

“The Scottish Government is launching a £10m support END_OF_DOCUMENT_TOKEN_TO_BE_REPLACED

“It said £500m of additional funding would be needed to END_OF_DOCUMENT_TOKEN_TO_BE_REPLACED