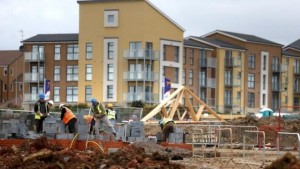 The growing buy-to-let property market in the UK could post a threat to wider financial stability, a Bank of England committee has said.

Buy-to-let mortgage lending had the potential to “amplify” a housing boom and bust, the Bank’s Financial Stability Committee (FPC) concluded.

It stopped short of suggesting any intervention by government or regulators at this stage.

“The FPC is alert to the rapid growth of the market and potential developments in underwriting standards,” the committee said.

“As the market continues to grow, particularly if driven by loosening of underwriting standards, the sector could pose risks to broader financial stability, both through credit risk to banks and the amplification of movements in the housing market.”

The Bank said that buy-to-let landlords were much more likely to sell if there was a significant drop in house prices, causing property values to dive further.

A similar amplified effect could occur should prices go up sharply.

“Any increase in buy-to-let activity in an upswing could add further pressure to house prices. This could prompt owner-occupier buyers to take on even larger loans, thereby increasing overall risks to financial stability,” the FPC said.

Over the Bank of England’s three centuries of history it has had to grapple time and again with the problem of boom and bust.

The doorman standing outside the Bank of England, as I went in today, was a reminder of this long-lasting struggle.

He was clad in the usual pink tails: the colour is Houblon pink, named after the first governor, Sir John Houblon, who took office in 1694.

Could the rise of buy-to-let be putting us in danger again?

The Bank’s Financial Policy Committee says it “has the potential to amplify the housing and credit cycles”.

It is careful not to designate either the dash for buy-to-let or recent house price increases as a boom.

But it is clear that bank officials see investors’ enthusiasm for bricks and mortar as a problem which needs to be watched.

Buy-to-let investors push prices up faster. Because they are more prone to sell if the market hits the buffers, they make prices plunge more steeply.

Cuts to the amount of tax relief that can be claimed on mortgage interest payments by buy-to-let landlords were announced by Chancellor George Osborne in his Budget in July.

The amount that landlords will be able to claim will be set at the basic rate of tax, which is currently 20%. The change will be introduced over four years from April 2017.

Mr Osborne suggested this would help to create a “level playing field” between homeowners and investors.

The FPC said that no intervention was needed in the Help to Buy scheme – which sees the government guarantee part of a low-deposit home loan – as it posed no risks to financial stability in its current form.

Some of the main causes of bad credit are missed END_OF_DOCUMENT_TOKEN_TO_BE_REPLACED

“The Scottish Government is launching a £10m support END_OF_DOCUMENT_TOKEN_TO_BE_REPLACED

“It said £500m of additional funding would be needed to END_OF_DOCUMENT_TOKEN_TO_BE_REPLACED