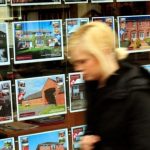 The “Bank of Mum and Dad” is the 10th biggest UK mortgage lender as buyers increasingly rely on financial support from their parents, a report suggests.
Parents will lend £6.5bn this year, according to insurer Legal and General, and be involved in 26% of all UK property transactions.

The L&G research suggests that parents will provide deposits for more than 298,000 mortgages.
Last year, it suggested that parental financial support made the Bank of Mum and Dad the equivalent of the 10th biggest UK mortgage lender, and this ranking has not changed.
The proportion of property transactions that they are involved in has also been relatively static from a year earlier – but parents’ gifts, loans or inheritance values have risen to an estimated average of £21,600 this year compared with £17,500 a year ago.
Some 79% of this parental funding goes to property buyers aged under 30, L&G claims.
This is despite a price war between mortgage lenders, which has pushed mortgage rates down to historically low levels. However, lenders typically require a larger deposit than was the case before the financial crisis. Taylor said “one of the most difficult hurdles in buying a house was the stamp duty.”

Stamp duty can also be an issue for some buyers, such as Rob Taylor, 30, and Hannah Wilkinson, 25.

“My fiancée and I both started working as lawyers in August 2013 as trainees in London and immediately began saving for a house by putting about 30%-40% of our salary away. We were aiming to get a 10%-15% deposit down,” said Mr Taylor.
When they found a property, their parents still helped them with thousands of pounds.
“The real difficult hurdle was not necessarily the deposit, but the stamp duty, which is a huge cost,” he said.

“The house we bought is a three-bedroom end terrace in East Greenwich. We were fortunate that our parents were able to lend the money – we’re going to be paying it back as soon as possible – and without them it would not have been possible as we watched house prices to continue to rise.”
Legal & General chief executive Nigel Wilson said: “Parents want to help their kids get on in life, and the Bank of Mum and Dad is a testament to their generosity, but it is also a symptom of our broken housing market.”

The research echoes the government’s own English Housing Survey which showed that, in 2015, some 27% of first-time buyers relied on friends or family for help with a deposit.
Some have reacted to the L&G survey on social media pointing out that the Bank of Mum and Dad is simply inherited wealth.

Others state their annoyance that such funding is only an option for some buyers, and should not be considered as a recognised source of mortgage deposits.
Elsewhere, Mark Harris, chief executive of mortgage broker SPF Private Clients, said: “Money from parents must really be a gift rather than a loan as far as mortgage lenders are concerned, so that it doesn’t impact the borrower’s affordability.
“Getting the correct legal documentation in place is also crucial, particularly if one set of parents is providing support to a young couple. Parents will want to protect their deposit gift if the couple split up so that it is returned to the parents and not split between the two parties.

Many grandparents are doing the same. Should they be worried about tax being due, inheritance tax ?

A gift escapes the tax if you live long enough.

“If they survive more than seven years, then it’s not subject to inheritance tax,” says Nimesh Shah, Tax Partner at accountants Blick Rothenberg.
But a loan doesn’t have the same tax-saving potential, he warns. It would still count as part of the giver’s estate.

And if the Bank of Mum and Dad demanded regular repayments, the mortgage lender might take fright and cut the maximum mortgage loan being offered.

“If they don’t require monthly payments and are prepared to confirm that to the lender, it won’t impact on the amount being lent,” says Ray Boulger from mortgage brokers, John Charcol.

Rob’s comments, this is not surprising but notice that we are not talking house shortage in this article. Previous articles talked about a downsized property market because of the lack of home to buy, which I have always argued that this is a London phenomenon only.
The facts are the following.

1) FTB’s wanting a large house right out of the start gates. No longer do FTB’s buy a flat and work their way up the property ladder over time.
2) The costs. Not only is stamp duty increase but also Legal (state controlled) outlays, and professional costs due to increased expenditure of regulations imposed by the state.
3) Lack of 100% borrowing
4) Hard regulation. IE affordability, credit score and buying habits.

A lot could change the situation if 1 or 2 from the above were alternated in a positive way.

Some of the main causes of bad credit are missed END_OF_DOCUMENT_TOKEN_TO_BE_REPLACED

“The Scottish Government is launching a £10m support END_OF_DOCUMENT_TOKEN_TO_BE_REPLACED

“It said £500m of additional funding would be needed to END_OF_DOCUMENT_TOKEN_TO_BE_REPLACED