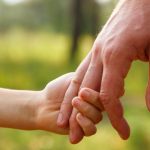 First-time buyers’ increased reliance on the Bank of Mum and Dad is worsening inequality and hampering social mobility, a government-backed study by the Social Mobility Commission has found.
Over a third (34%) of first-time buyers in England now turn to their family for a financial gift or loan compared to one in five (20%) in 2010, while by 2019 this is expected to rise to nearly 40%.

The report, called ‘Impact of family support on home ownership’, found that just a third (30%) of UK households with dependent children have the assets to gift or loan a deposit.
Alan Milburn, the chair of the commission and ex-Labour MP, said: “The way the housing market is operating is exacerbating inequality and impeding social mobility.
“Homeownership helps unlock high levels of social mobility but it is in free-fall among young families.

“Owning a home is becoming a distant dream for millions of young people on low incomes who do not have the luxury of relying on the Bank of Mum and Dad to give them a foot up on the housing ladder.”

First-time buyers who receive money or a loan from their parents can buy 2.6 years earlier than those who do not, while in London that rises to 4.6 years.

Dr Paul Sanderson, the lead author of the report, said: “Only better-off young people and those who have parents who have already accumulated housing wealth are likely to be able to consider home-ownership without radical changes to the housing market.”

In a ‘State of the Nation 2016’ report the Social Mobility Commission called for the government to commit to building three million homes over the next decade, with the public sector commissioning a third.

It recommended for house building on green belt land, which the government didn’t go along with in the February 2017 Housing White Paper.
The commission also called for the starter home initiative to be changed to focus on average income households and to ensure the discount remains when the homes are sold on.
Rob’s comments. I think the STATE has this all wrong. We do not need government to fix the problem of a lack of homes. Because this is only a problem in London not the rest of the country.

This is what has change over the last 20 years with First Time Buyers expecting to buy a 3-4 bed detached as their first home.

What happen to the time when you bought a 1-2 bed flat then sold and moved to a terrace and from there to a semi???

Some of the main causes of bad credit are missed END_OF_DOCUMENT_TOKEN_TO_BE_REPLACED

“The Scottish Government is launching a £10m support END_OF_DOCUMENT_TOKEN_TO_BE_REPLACED

“It said £500m of additional funding would be needed to END_OF_DOCUMENT_TOKEN_TO_BE_REPLACED