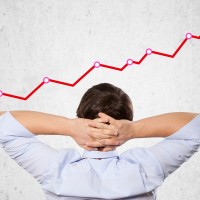 A Mortgage Solutions poll revealed over a third of brokers were experiencing business as usual in the run up to Christmas, while almost a quarter said the pace of activity had quickened. Just 10% of respondents have experienced a slowdown in business for some time, while a further third have seen activity drop off only recently.
Lea Karasavvas, managing director of Prolific Mortgage Finance, said the pending changes to Stamp Duty due to take place in April had forced people to commit to deals early and bring forward plans.
“We have been very surprised at the level of business coming in for December in a month which is notoriously quiet in this industry. However, with just over 50% of our business for December so far being buy to let, it is clearly evident what has happened,” he said.
“There can be no coincidence that our levels of buy to let have increased massively given the announcements that have been made.”
Karasavvas added that given the appetite witnessed this month, the industry should brace itself for a ‘record breaker’ in January.
Dale Jannels, managing director of All Types of Mortgages (AToM), agreed that December had bucked the trend, with the firm seeing its phones ‘ringing off the hook’.
“Last week was our best week for business for the whole year which was really surprising because we weren’t expecting that at all.
“Whether that’s a last minute clear desk scenario, I’m not sure, but we’re seeing a lot of purchases where the estate agents are really pushing to try and complete before Christmas.
Despite Bank of England governor Mark Carney’s recent announcement that interest rates are now unlikely to rise until 2017, Jannels said remortgaging activity was strong.
“I think people are just trying to get things done where before maybe they’d buried their heads in the sand,” he added.
Aaron Strutt, PR and communications manager at Trinity Financial, said a spike in activity was an indication of the market shift toward brokers following the Mortgage Market Review.
“Times have certainly changed and brokers are working harder to get mortgages offered as quickly as possible. It does not seem that long ago that brokers were taking most of December off,” he said.
“We have had a very busy December and lots of clients are still calling and looking for mortgages. We are still taking enquiries from expats dotted across the world, clients looking for income stretches and retained profit mortgages, buy-to-let refinancing, holiday lets and lots of remortgages.”

Some of the main causes of bad credit are missed END_OF_DOCUMENT_TOKEN_TO_BE_REPLACED

“The Scottish Government is launching a £10m support END_OF_DOCUMENT_TOKEN_TO_BE_REPLACED

“It said £500m of additional funding would be needed to END_OF_DOCUMENT_TOKEN_TO_BE_REPLACED