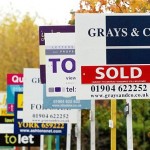 Buying a home is more cost-effective than renting in 48% of British cities, according to a property website.

Zoopla analysed the asking prices and rents of two-bedroom homes currently on the market in the UK’s biggest cities.

It found that buying works out cheaper than renting in many parts of Scotland, northern England and the West Midlands.

The survey found that in Glasgow, Coventry and Birmingham renters could pay more than £100 a month than those with a mortgage.

Renters were most likely to be better off than mortgage payers in pockets of the South, where the supply of homes is tight and house prices are high.

Cambridge, London and Brighton are the top places where renting is cheaper than paying a mortgage, the research suggests.

In Cambridge, the average monthly rent was found to be about £769 less than a mortgage payment.

Lawrence Hall, a spokesman for Zoopla, said: “Once you get past the initial fees that come with a house purchase, such as a deposit and stamp duty, our figures show that it can pay to try and get on the property ladder.

“On top of the enjoyment that can come with owning your property, buyers may also find themselves with more disposable income at the end of the month than those renting their homes.

“Particularly if you’re in Scotland, northern England or in the West Midlands, taking the first step on to the ladder and sacrificing the flexibility of renting can be a much cheaper alternative.”

Zoopla’s research assumed that someone buying a home had a 10% deposit and was paying a 25-year repayment mortgage with an interest rate of 4.5%.

When the data was last analysed by Zoopla in October 2015, buying was cheaper than renting in just over one third of cities.
http://www.bbc.co.uk/news/uk-scotland-glasgow-west-35976949

Some of the main causes of bad credit are missed END_OF_DOCUMENT_TOKEN_TO_BE_REPLACED

“The Scottish Government is launching a £10m support END_OF_DOCUMENT_TOKEN_TO_BE_REPLACED

“It said £500m of additional funding would be needed to END_OF_DOCUMENT_TOKEN_TO_BE_REPLACED