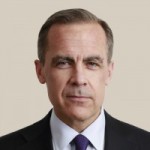 Bank of England governor Mark Carney has said now is ‘not yet the time’ to increase interest rates, leaving the base rate at the historically low 0.5% for the foreseeable future.

Last summer, Carney (pictured) said the decision to raise the Bank rate would ‘come into sharper turn at the end of this year’ but today said there was no current need to tighten monetary policy.

In a speech at Queen Mary University in London, Carney said this was due to a collapse in oil prices, the instability of the Chinese market and a slowing down in UK growth.

He said the outlook for the UK’s monetary policy depends on the Monetary Policy Committee’s (MPC) objectives, its strategy and the UK’s economic prospects rather than the calendar.

Last night, MPC rate-setter Dr Gertjan Vlieghe said the base rate could be kept low for a ‘long time’.

On the prospect of a future rate rise, Vlieghe said: “In order to be confident enough of the medium-term inflation outlook to raise bank rate, I would like to see evidence that growth is not slowing further, and that a broad range of indicators related to inflation are generally on an upward trajectory from their current low levels.”

Now is ‘not yet the time’ to increase the base rate, says Carney

Some of the main causes of bad credit are missed END_OF_DOCUMENT_TOKEN_TO_BE_REPLACED

“The Scottish Government is launching a £10m support END_OF_DOCUMENT_TOKEN_TO_BE_REPLACED

“It said £500m of additional funding would be needed to END_OF_DOCUMENT_TOKEN_TO_BE_REPLACED