Low rates forever? Or are the experts wrong – again? Are we expecting low rates forever? Or are experts wrong? CREDIT: A RICHARD ALLEN • Richard Evans, PERSONAL FINANCE EDITOR 17 July 2016 • 8:11am “Experts” attracted a lot of criticism from the pro-Brexit side during the referendum campaign for their allegedly excessive doom-mongering and suspiciously precise predictions of disaster. But one group of experts who do have a poor record is those who attempt to predict when interest rates are going to rise. Ever END_OF_DOCUMENT_TOKEN_TO_BE_REPLACED

Hot of the press UK central bank has voted 8-1 to leave borrowing costs at 0.5%, and hinted that it will launch a stimulus package in August. Carney gets it wrong again. END_OF_DOCUMENT_TOKEN_TO_BE_REPLACED

SCM Direct also estimates that an average UK robo account would need to be invested for nearly 11 years to reach profitability. However, its findings show the average holding period for a robo-adviser client may be just 3 years, partly the result of many targeting the ‘millennial’ market. Additionally, it claims that 80% of websites use risk questionnaires but 25% of these firms did not possess the regulatory permission to give advice to retail clients. In its report, SCM says that evidence from a sample of 10 END_OF_DOCUMENT_TOKEN_TO_BE_REPLACED 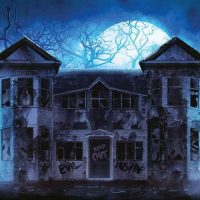 Mortgage experts believe the UK could be heading for a return to the kind of mortgage lending that triggered the financial crisis. Some argue we could see the comeback of sub-prime mortgages on such a scale that these loans could be packaged up and sold in the same way as we saw in the run-up to 2007 and 2008. Ratings agencies Fitch and DBRS recently rated the first US securitisation backed by sub-prime mortgages since the crash. The $161.7m (£110m) bond launched two weeks ago is backed by mortgages from US END_OF_DOCUMENT_TOKEN_TO_BE_REPLACED 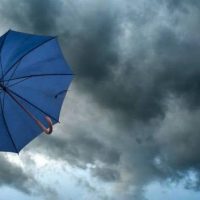 According to a worrying new report from Scottish Widows, half of the UK’s mortgage holders have no life cover in place. This equates to 8.2 million people who have left themselves and their families financially exposed should the worst happen. The research also found that only 20% have a critical illness policy, leaving many more millions at risk of financial hardship or losing their home if they were to become seriously ill. 33% admit that if they or their partner were unable to work for six months or longer due to END_OF_DOCUMENT_TOKEN_TO_BE_REPLACED 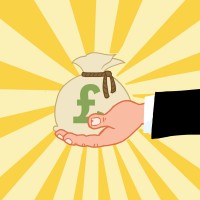 Halifax Intermediaries is offering first-time buyers £500 cashback on selected deals and cutting rates in the range from Monday. The cashback will be available on completion, sent to the conveyancer with completion funds. Rates available for first-time buyer products at 85-90% loan-to-value (LTV) with £500 cashback include 1.79% with a £1,499 fee, 1.84% with a £999 fee and 2.24% fee-free. Cuts of up to 0.30% will be made to Halifax’s two-year fix and by 0.10% on five-year fixed selected mortgage products. Ian END_OF_DOCUMENT_TOKEN_TO_BE_REPLACED

The government has been heavily criticized for recent calculations on the cost of a UK exit from the EU, but their focus on how this could impact mortgage availability is wholly justified, writes Pad Bamford. The UK isn’t exactly ‘on hold’ until June 23, when the result of the EU Referendum will be known, but it certainly feels like all roads lead back to the vote. As I write, sterling has taken a tumble on the back of opinion polls showing the ‘Leave’ campaign out in front by three points (now seven points) and I END_OF_DOCUMENT_TOKEN_TO_BE_REPLACED

Prices, property, pensions: 30 EU referendum questions answered Will the nation’s decision on 23 June make you richer or poorer? We address the key consumer concerns PRICES Will food prices go up or down if we vote to leave the EU? David Cameron says families would face increased food bills of more than £220 a year if Britain left because so much of our food is imported from the single market. His claims are based on a belief that the pound would fall in value by 12%, making imports more expensive. But critics END_OF_DOCUMENT_TOKEN_TO_BE_REPLACED

Buyers could be set back an extra £1,500 in the event of a decision to leave the European Union on June 23, as Chancellor George Osborne claims mortgage prices will be sent soaring. In fresh analysis of figures published by the Treasury in April, the Sunday Times reported that a Brexit scenario would pile on between £920 and £1,470 to the cost of a mortgage on an average home priced in £292,000, in March. The analysis, carried out by Britain Stronger in Europe, suggested that first-time buyers, who pay an average of END_OF_DOCUMENT_TOKEN_TO_BE_REPLACED

Mortgage lending increased by £0.3 billion in April - a sharp drop from the £7.4 billion increase seen in March and the lowest figure seen since August 2012. The latest Bank of England Money and Credit report shows that gross lending secured on dwellings fell from £27.4 billion in March to £19.2 billion. Total lending to individuals increased by £1.6 billion in April, compared to £9.3 billion in March and a six-month average of £5.7 billion. This is the lowest figure seen since May 2013. However, mortgage approvals END_OF_DOCUMENT_TOKEN_TO_BE_REPLACED

The new two-year fixed products will start at 5.89% and END_OF_DOCUMENT_TOKEN_TO_BE_REPLACED

Around 80% of the Group's customers currently use END_OF_DOCUMENT_TOKEN_TO_BE_REPLACED