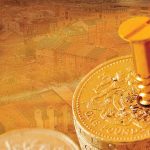 The price of 10-year fixes is starting to rise after years of falling rates, according to Moneyfacts.

Moneyfacts finance expert Charlotte Nelson said: “This increase may be an indication of what is in store for long-term fixed rates in 2017.”

The number of ten-year fixes rose from 80 in January last year to 124 this year.

Three years ago there were only eight of the loans on the market.

Nelson says: “Even with the slight increase in the average rate, borrowers could find that a 10-year fixed mortgage gives them the peace of mind that their repayment will not change, no matter what happens.

“However, while we know rates cannot stay at these lows forever, we do not know when they will rise, or by how much.”

Some of the main causes of bad credit are missed END_OF_DOCUMENT_TOKEN_TO_BE_REPLACED

“The Scottish Government is launching a £10m support END_OF_DOCUMENT_TOKEN_TO_BE_REPLACED

“It said £500m of additional funding would be needed to END_OF_DOCUMENT_TOKEN_TO_BE_REPLACED