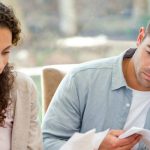 Adding to fears over a surge in rates, LMS says the increased re-mortgage activity – also reported by the CML – has been driven by an increase in the number of people looking to lower their monthly outgoings, too.

Keen to capitalise on potential savings, 56% expect to re-mortgage again within the next four years, whereas one in six (17%) plan to wait more than eight years.
LMS saw a lull in re-mortgaging activity from November to December, although most the change was the result of a seasonal slowdown: in the last ten years, the number re-mortgaging has always fallen between these two months.

Andy Knee, chief executive of LMS said:
“2016 was a great year for re-mortgaging. There were drivers on both the supply and demand side. Record low rates and anticipation of a rate rise in 2017 contributed heavily to the huge surge in activity. With inflation set to outstrip wage growth over the coming year, the opportunity to lower mortgage rates and reduce monthly outgoings will provide welcome relief for many families dreading the squeeze on household budgets – evidenced by price being the primary motivation when choosing a lender.

“It’s rewarding to see consumer awareness of the potential savings on offer is now so high. Savvy homeowners are already looking to re-mortgage again in the not-too-distant future. We anticipate a steady stream of re-mortgage activity throughout the first quarter of 2017. The only clouds on this otherwise blissfully calm sunny horizon loom in the form of Article 50. When Theresa May triggers it, the market can expect some choppy waters and a little less plain sailing.”

Rob’s comments Everyone in the mortgage market should be reviewing or allowing their brokers to review their mortgage at the end of every discount, tracker or fixed rate deal, regardless of what the Bank of England MIGHT do with the base rate.

There is £100’s to be saved and it will certainly give peace of mind.

Some of the main causes of bad credit are missed END_OF_DOCUMENT_TOKEN_TO_BE_REPLACED

“The Scottish Government is launching a £10m support END_OF_DOCUMENT_TOKEN_TO_BE_REPLACED

“It said £500m of additional funding would be needed to END_OF_DOCUMENT_TOKEN_TO_BE_REPLACED