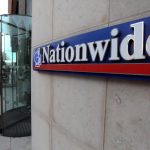 For those with a 10 per cent deposit, often first time buyers, its two-year fixed rates have been cut to 2.19 per cent with a £999 fee and 2.59 per cent with no fee.
They are some of the lowest Nationwide rates ever in this range.TTY IMAGES
3
Santander recently made rate cuts of up to 0.3 per cent.

Rob’s comments, I am often asked what the rates might do in the future? It is a difficult question but I always have the same response. For the last couple of years, I have not seen the rate of interest go up except for 95% fixed rate loans with a couple of lenders and upon investigation with these banks I was told that the reason for the fixed rates going up was because of the banks’ exposure to this high LTV market. SO, I have no physical evidence that rates will go up soon but these ultra-low rates need to be taken advantage of.

Some of the main causes of bad credit are missed END_OF_DOCUMENT_TOKEN_TO_BE_REPLACED

“The Scottish Government is launching a £10m support END_OF_DOCUMENT_TOKEN_TO_BE_REPLACED

“It said £500m of additional funding would be needed to END_OF_DOCUMENT_TOKEN_TO_BE_REPLACED