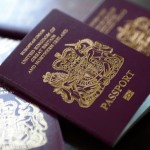 Landlords will have to start checking passports and visas of new tenants from Monday February 1 as “right to rent” legislation comes into force.
Families taking in lodgers also have to make sure the person has the right to live in the UK.
Fines of up to £3,000 apply where tenants are not entitled to live in Britain.
The legislation, which came in under the http://www.telegraph.co.uk/finance/personalfinance/investing/buy-to-let/12124995/Buy-to-let-warning-Immigration-checks-apply-from-February-1.html Act 2014, is being rolled out across the country after a six-month pilot in the West Midlands.
Landlords’ associations and charities have criticized the move.
As well as increasing landlords’ costs, there are concerns that legitimate tenants who do not have UK passports could be discriminated against – because they are seen to pose a greater risk or cost to landlords.
Dr. David Smith, policy director at the Residential Landlords’ Association, said: “By seeking to turn landlords into border police, the Government is undermining the trust between tenants and landlords that is essential to the sector’s smooth running.
“Whilst the RLA is fighting hard for changes to the policy, we urge all landlords to ensure they know what will be expected of them from February 1.”
Many landlords have been carrying out these checks already, but the fines will become legally enforceable from Monday.
What do I need to check?
You need to check that anyone over the age of 18 has the right to be in the UK and rent a property, and that your property is the tenant’s only or main home. This doesn’t apply to second homes or holiday lets.
The Home Office has a list of documents that are valid for a “right to rent” check.
Some of them are fine on their own – a British passport, or an EEA identity card. Others need to be produced alongside another document, such as a driving license or a reference from a professional who has known the person for longer than three months.
You need to check the documents while the tenant is there and copy relevant pages.
A British passport automatically gives someone a full right to rent
Checks apply only to new tenancies, and you have to carry out the check within 28 days of the start of the tenancy.
However, if someone has documentation which expires before the end of the tenancy, you need to make sure it’s renewed.
If they have a temporary right to rent which then runs out, you need to make a follow-up check. If you find out they no longer have a right to rent, you need to tell the Home Office.
Richard Lambert, chief executive officer at the National Landlords Association, said landlords should already be carrying out some checks on tenants.
“Landlords will need to check original ID documents of their tenants and to retain copies as proof that a check has been carried out.
“Landlords and agents must also bear in mind that they will need to undertake further checks if their tenant only has a limited time to remain within the UK.”
Some landlords might be concerned that their actions could be seen as discriminatory.
The Home Office says that you should treat all prospective tenants the same and carry out the same checks regardless of ethnic background or what you suspect their immigration status might be.
“NLA advises landlords to look at the Home Office’s guidance on unlawful discrimination as well as the Code of Practice, which includes a list of acceptable documents to use to verify a tenant’s immigration status and demonstrates how to avoid breaching the law,” Mr. Lambert added.
The rules have been introduced by Immigration Minister James Brokenshire
The Home Office say they won’t penalize anyone who has been caught out by a well-forged document, and pictures of what each document should look like are in their guidance for landlords.
If the tenant doesn’t have the right documents but says they have been told by the Home Office that they can rent, you can refer to the Landlord’s Checking Service . It should get back to you within 48 hours with a straightforward ‘yes’ or ‘no’ answer.
If you don’t want to do this yourself, specialist lawyers are offering immigration checking services, which they will charge for. You can also ask your letting agent to take on responsibility for you, and this needs to be agreed in writing.
What could happen if I don’t?
The Home Office says you could be fined a civil penalty of up to £3,000 if an illegal immigrant is found living in your property, unless you can show that you carried out the necessary checks.
The penalty is £1,000 for a first-time offence and up to £3,000 for subsequent offences.
The penalties for lodgers are smaller: £80 for a first time penalty and up to £500 for further offences.
A new Immigration Bill currently going through Parliament proposes jail sentences of up to five years for people who fail to carry out these checks, but this hasn’t yet been implemented.

Some of the main causes of bad credit are missed END_OF_DOCUMENT_TOKEN_TO_BE_REPLACED

“The Scottish Government is launching a £10m support END_OF_DOCUMENT_TOKEN_TO_BE_REPLACED

“It said £500m of additional funding would be needed to END_OF_DOCUMENT_TOKEN_TO_BE_REPLACED