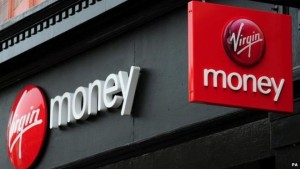 Virgin Money has reported a boost to profits with significant growth of its mortgage lending.

Gross mortgage lending was up 44% to £23.6bn. Virgin Money had 3.8% market share of the lending market at the end of May.

However, reaching its target for earnings has been postponed as a result of the bank surcharge introduced in the most recent UK Budget.

That is because they compare with the first half of 2014, when a large payment was made to the Government as part of Virgin’s agreement to take over part of Northern Rock.

Jayne-Anne Gadhia, Chief Executive Officer said: “Gross mortgage lending increased by 44% to £3.6 billion in the first half of the year, representing a 3.8% market share of gross lending and a 20.5% share of net lending to the end of May.

“We remain focused not only on delivering growth but also generating sustainable returns to shareholders.”

Virgin Group continues to hold a 35% stake in Virgin Money.

Another Edinburgh-based bank, Royal Bank of Scotland, announced it is to continue its retreat from foreign markets, by selling 14% of Citizens Bank, its former US retail subsidiary. It is expected to raise more than £1.3bn.

Having floated the company on the New York Stock Exchange in September, a sale of the full stake being put on the market will take the RBS holding to below 27%.

RBS retains a veto on some decisions. And while the liabilities of Citizens Bank remain on RBS’s books for now, the Royal Bank wants to remove them to improve its capital ratios.

Owning less than half the company, It is to remove Citizens Financial Group results from its financial reporting.

Citizens has gained 21% in valuation since the float in September.

RBS bought it in 1988 in the early stages of its global expansion. It is to issue its half-year results on Thursday.

Some of the main causes of bad credit are missed END_OF_DOCUMENT_TOKEN_TO_BE_REPLACED

“The Scottish Government is launching a £10m support END_OF_DOCUMENT_TOKEN_TO_BE_REPLACED

“It said £500m of additional funding would be needed to END_OF_DOCUMENT_TOKEN_TO_BE_REPLACED