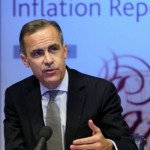 Speaking to the Evening Standard, the economist, who joined the MPC last year as an external member, says that he could see rates going lower than their current rate.

However, he warns that the Bank needs to consider the implications of rates going too negative.

He says: “Theoretically, I think interest rates could go a little bit negative.

He says that if that scenario occurs, “it is almost certainly negative for the economy” as the whole banking model will be undermined.

Earlier this year, Bank of England governor Mark Carney said he could see rates being cut from their current 0.5 per cent.

Speaking to the Treasury Select Committee, Carney said if the economy needed additional stimulus there were many things the bank could do.

Some of the main causes of bad credit are missed END_OF_DOCUMENT_TOKEN_TO_BE_REPLACED

“The Scottish Government is launching a £10m support END_OF_DOCUMENT_TOKEN_TO_BE_REPLACED

“It said £500m of additional funding would be needed to END_OF_DOCUMENT_TOKEN_TO_BE_REPLACED