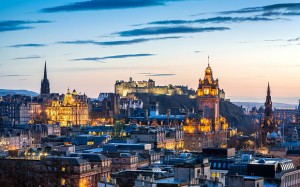 London’s housing market slowed sharply in the summer, industry figures show, while the market perked up in Scotland and Wales.

The overall UK market is still rising fast, with a total of £11.8bn of mortgages approved in July, an increase of 15pc on the same time a year ago, according to the British Bankers’ Association.

Mortgages to fund home purchases increased 11pc to £7.8bn, while remortgages rocketed by 29pc on the year to £4.1bn as home owners race to get a better deal before interest rates go up.

Analyst Joe Dickerson at Jefferies believes the market has further to rise, and has upgraded his forecasts to predict banks’ mortgage balances will grow by an average of 4.4pc over the next three years, compared with 2.4pc in 2014.

“We’ve cut our interest rate assumptions, largely because of the Bank of England but also because of competition in the mortgage market, so people are more incentivised to take a mortgage,” he said.

“If you look at gross mortgage advances, they are still 43pc below their peak in 2007, so from lending standpoint this is hardly a bubble.”

On a quarterly basis, Scotland was revealed to be a major driver of the surge in lending. House purchase lending there jumped by 39pc in the second quarter, the Council of Mortgage Lenders said on Wednesday.

• A garage in Mayfair or a countryside cottage: How far does average London rent go in different parts of the UK?

“After three quarters of consecutive decline, it is welcome to see house purchase levels in Scotland bounce back finally. This quarter saw the highest number of loans to those purchasing a home since the second quarter of 2008,” said the CML’s Kennedy Foster.

“With competitive mortgage deals, better affordability than the UK overall and the replacement of stamp duty with a new taxation system that benefits the majority of borrowers, it appears conditions are relatively favourable at the moment in Scotland for those looking to buy a home.”

Similarly, overall mortgage borrowing in Wales also shot up 29pc from the first quarter to £1.2bn in the three months to June, though lending in the country held flat on the year. Remortgaging drove the increase, rising 9pc on the quarter and 16pc on the year to £370m. First-time buyers borrowed £330m, which is up 29pm on the quarter but down 6pc on the year.

By contrast, the London market is down on the year. Lending to first-time buyers fell 10pc on the year to £2.7bn, while lending to home-movers dropped by 9pc to £2.8bn.

Those first-time buyers are also having to borrow more than ever to live in the capital – the typical loan size increased by 6pc on the year to £224,994. The typical salary of new owners is also up 6pc to £58,685.

There is a stark gap with the numbers in booming Scotland, where the average first-time buyer borrowed £101,515 in the second quarter, and the average income is £34,000.

Some of the main causes of bad credit are missed END_OF_DOCUMENT_TOKEN_TO_BE_REPLACED

“The Scottish Government is launching a £10m support END_OF_DOCUMENT_TOKEN_TO_BE_REPLACED

“It said £500m of additional funding would be needed to END_OF_DOCUMENT_TOKEN_TO_BE_REPLACED