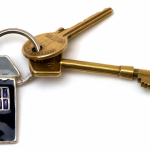 Existing homeowners can lock into low interest rates – and sail through the Trump and Brexit years safe in the knowledge their mortgage will not rise – following the launch of a raft of attractive 10-year fixed-rate home loans.
Per data provider Moneyfacts, the number of 10-year fixed-rate deals has soared from just eight three years ago, to more than 120 now. In the meantime, the average interest rate on such deals has fallen from 4.2% to 3.2%.
The cheapest 10-year deal, from Coventry building society, has an interest rate of just 2.59%
Market expert says move could signal end of record low interest rates
Read more
Borrowers looking to re-mortgage can also choose seven-year fixes that start at an interest rate of 2.19%.
Broker firm John Charcol reckons 10-year lock-ins make sense for more mature borrowers looking to re-mortgage, but come with too many early repayment penalties to suit first-time buyers. “With protracted Brexit negotiations, likely, we are recommending customers lock into a five- or 10-year fixed rate sooner rather than later,” says product technical manager Simon Collins. “Forthcoming French and German elections could add to economic uncertainty, while many unknowns exist as to what will happen during a Trump presidency. With such rates at virtually historical lows, John Charcol is urging customers to take action now to protect themselves against likely rate increases.”
Knowing exactly how much your monthly mortgage is going to be for the next decade, no matter what happens to the Bank of England base rate, is clearly attractive – but there is a premium to pay. The very cheapest two-year fixes are priced at around 1.34% (Santander and Nationwide), while the best five-year fixes are charging 1.99% (Virgin Money). That compares to the 2.19% for seven-year fixes (Coventry and Woolwich), or the 2.59% you’ll pay for the best-value 10-year deal (Coventry). For someone with a £150,000 mortgage, locking in for 10 years with the Coventry would mean monthly payments of £680, while a two-year fix with Santander or Nationwide would cost £589 a month.
We are recommending customers lock into a five- or 10-year fixed rate sooner rather than later
Simon Collins, John Charcol brokers
So, the peace of mind comes at a price – in this case around £100 a month – but someone taking a 10-year fix won’t have to go through the rigmarole of re-mortgaging in two years’ time, paying fees and facing potentially higher interest rates in the future.
The biggest drawback to taking out a long-term fix, however, is what happens if you need to break it for any reason, such as redundancy, divorce or a job move. Any early repayment charges can be shockingly high, even after many years of paying off a loan. For example, Santander charges a fee of 6% of the amount borrowed if a homeowner quits the mortgage any time within the 10- year period. In the case of someone borrowing £150,000, that means they would be charged a hefty £9,000 even nine years into paying the mortgage.
But as Simon Collins of John Charcol points out, not all seven- or 10-year deals have such punitive charges. Coventry charges a sliding scale starting at 5% in year one, dropping to 1% at year five through to 10. Borrowers can also take their 10-year deal with them if they move home, with nearly all the mortgages portable from one property to the next.
But given that the typical homebuyer is likely to move three times before they hit 45, and eight times over their life, locking into a very long-term deal when young is not sensible. Collins says the ideal candidate for a 10-year deal is someone in their mid-40s or older who has a decent amount of equity, children in secondary school and a relatively safe job who are therefore unlikely to move for the foreseeable future.
It’s notable that most of the 10-year deals require a large deposit. For example, Coventry’s 2.59% rate is only available to those able to put down 50%. However, arrangement fees, typically around £1,000, are little different to the fees borrowers must pay for a two-year deal. So, if you keep bouncing from one two-year fix to the next, you’ll pay around £5,000 in arrangement fees over a decade compared to the one-off £1,000 on a 10-year deal.
Rob’s Comments, I agree if the rate do in fact go up.

Some of the main causes of bad credit are missed END_OF_DOCUMENT_TOKEN_TO_BE_REPLACED

“The Scottish Government is launching a £10m support END_OF_DOCUMENT_TOKEN_TO_BE_REPLACED

“It said £500m of additional funding would be needed to END_OF_DOCUMENT_TOKEN_TO_BE_REPLACED