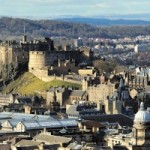 The Land and Buildings Transaction Tax (LBTT) is acting as the primary brake on the top end of the market, as the level of tax paid for sales between £500,000 and £1m is on average 76% higher than the equivalent level of Stamp Duty, according to property consultant Knight Frank.

The amount of sales in properties worth £1m and above in Scotland registered in the third quarter of the year saw a 43% drop compared to the same period 2014, with Edinburgh accounting for 33% of the sales.

Just like the Chancellor in the Autumn Statement, the Scottish government has also proposed an additional 3% LBTT surcharge on the purchase of second homes, such as buy-to-lets and second homes.

Edward Douglas-Home, head of Edinburgh City Sales, said: “There is little doubt that the introduction of LBTT has slowed the longer term recovery of the prime market in Edinburgh. However, demand for well-located flats and properties valued up to £500,000 remains relatively unaffected by the change.”

Scottish prime property prices remained largely the same across the year, increasing by a modest 0.1% in 2015. In comparison, prices grew by 2.1% in 2014.

The marginal growth is also due to LBTT, as the top end of the market is still adjusting to new purchase taxes as much as 90% higher than under the previous Stamp Duty system, according to the estate agent.

The property consultant expects the prime Scottish market to remain subdued this year, but said changes to LBTT could result in a short-term boost in activity.

It also suggests Edinburgh could see a spike in transactions between now and the end of March as buyers try to minimise their tax burden from the proposed surcharge on additional homes.
http://www.mortgagesolutions.co.uk/news/2016-01-04-stamp-duty-replacement-tax-puts-brake-on-high-end-scottish-property-price-growth/?utm_source=Adestra&utm_medium=email&utm_term=&utm_content=&utm_campaign=Daily%20HouseAdvert&utm_campaignid=250&utm_cmdid=52561

Some of the main causes of bad credit are missed END_OF_DOCUMENT_TOKEN_TO_BE_REPLACED

“The Scottish Government is launching a £10m support END_OF_DOCUMENT_TOKEN_TO_BE_REPLACED

“It said £500m of additional funding would be needed to END_OF_DOCUMENT_TOKEN_TO_BE_REPLACED