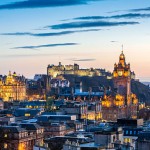 The Bank of England is expected to signal a clampdown on buy-to-let lending when it reports on the mortgage market for landlords.
The Bank has been watching the buy-to-let market for some time and is concerned about the amount of money pumped into the market and its vulnerability to even a small rise in borrowing costs.
Threadneedle Street’s regulatory arm, the Prudential Regulation Authority, will on Tuesday publish a report on underwriting standards for buy-to-let mortgage lenders alongside scenarios for testing the financial strength of Britain’s banks.
The Bank is concerned that lenders have relaxed standards for landlords, creating conditions for a property crash. Potential measures to rein in the market include limiting the percentage of buy-to-let mortgages for each lender, tightening the terms of such mortgages or forcing lenders to use more capital for the loans.
Bank of England must burst the buy-to-let bubble now
All the ingredients from the Lawson boom are in place in the housing market again – minus rocketing interest rates, of course
Read more
The buy-to-let market has jumped back to life in recent years with interest rates at all-time lows, making borrowing cheap and offering little return for people with money in the bank.
The chancellor’s stamp duty surcharge on second-home purchases, designed to cool the market, has prompted a short-term frenzy of buying before the 1 April deadline, further pushing up house prices. George Osborne said last week he was ready to give the Bank’s financial policy committee further scope to restrict buy-to-let lending.
Osborne told the Treasury committee: “The Bank of England and the financial policy committee have identified potential systemic risks in the large increase in the buy-to-let market … It is highly likely we will give the FPC powers over the buy-to-let market. It is possible we can do that later this year.”
http://www.theguardian.com/business/2016/mar/29/bank-of-england-set-clampdown-buy-to-let-mortgage-report<img src=

Some of the main causes of bad credit are missed END_OF_DOCUMENT_TOKEN_TO_BE_REPLACED

“The Scottish Government is launching a £10m support END_OF_DOCUMENT_TOKEN_TO_BE_REPLACED

“It said £500m of additional funding would be needed to END_OF_DOCUMENT_TOKEN_TO_BE_REPLACED