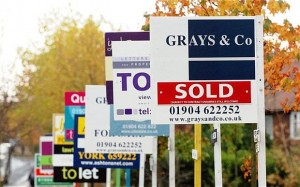 An increasing share of mortgages are being taken out by 25-34 year olds. Is there light at the end of the tunnel?

Young people trying to make their way onto the housing ladder have not had much cause for celebration.

Earlier in the year, a report from KPMG revealed that the average first-time buyer requires a salary of £41,000 to afford a property, and more than £70,000 in expensive areas such as London.

The sense is that it’s never been harder for first-timers to own property.

But data from the Office for National Statistics (ONS) paints a better picture.

Using figures from the Regulated Mortgage Survey, the ONS data reveals that the percentage of mortgages taken out by 25-34-year-olds has been increasing steadily since 2010.

David Black, a financial specialist at DJB research, said: “Ever higher property prices, difficulties in saving up adequate deposits, higher interest rates on low equity levels, scarcity of interest-only mortgages and insufficient house building are all reasons that hinder those hoping to jump on the property ladder.

“It’s therefore really encouraging to see that the proportion of homebuyers aged under 35 has been increasing over the last five years – it will surprise many.”

Separately, and possibly less surprising, deposits as a percentage of purchase price have been going down steadily since 2009, and are currently sitting around 2003 levels. That trend looks set to continue too, in the near future at least.

Deposit amounts may well be up in real terms due to increased house prices, but the declining deposit percentage mitigates some of that impact.

Smaller deposits add to the risk taken by both the borrowers and lending banks. This type of data is scrutinised by the Bank of England and other authorities for any sign of stress.

At least part of the reason for the more optimistic data is the Help to Buy scheme, which lets homeowners borrow up to 20pc of the value of a new build home from the Government, meaning that with a 5pc cash deposit they only require a 75pc mortgage loan.

Alternatively, the government can guarantee a proportion of the mortgage, meaning a provider will be able to offer a larger loan amount. This is available on new and existing homes.
“It’s really encouraging to see that the proportion of homebuyers aged under 35 has been increasing over the last five years.”
David Black, financial specialist

Jonathan Harris, director of mortgage broker Anderson Harris, said: “First-time buyer numbers are increasing, but from a low base. The Help to Buy scheme has been massively helpful but with lenders also prepared to offer higher loan-to-value mortgages beyond the scheme, there is more choice for borrowers at cheaper rates.”

He points out that with rents rising along with property prices, trying to save for a deposit – even if it is only 5pc of the purchase price – is not becoming easier.

Separate ONS data showed rents were up 2.7pc across the country in the year to September, the biggest increase since 2012. In London the increase was 4.1pc.

“Those who put down 10pc or even 15pc will be able to access much cheaper mortgage rates, making the mortgage more affordable, but for many this is an impossibility,” said Mr Harris.

“With interest-only mortgages unavailable to the majority of first-time buyers, a classic way of keeping costs down in the early years of a mortgage in the past, first-time buyers certainly haven’t got it easy.”

Since its inception, Help to Buy has been a divisive topic, with critics arguing that a greater supply of cheaper housing is required, instead of making it easier for buyers to load up on mortgage debt.

According to the latest First-Time Buyer Opinion Barometer from estate agents Your Move and Reeds Rains, 93pc of renters wish to be homeowners, but only 17pc of tenants are optimistic that government action can address the UK’s housing crisis.

There have also been questions over whether Help to Buy could fuel rising house prices by giving more people access to a 95pc mortgage.

Commentators are sceptical about how long the positive trend indicated by the ONS data could last. House price increases are now moving out from the capital, potentially driving down affordability in the regions.

Andrew Johnson, of the Money Advice Service, acknowledged that it has become easier for first-time buyers to get a foot on the property ladder, but warned: “Against a backdrop of increasing property prices and potential interest rate rises, it’s difficult to say if this trend is likely to continue.”

Some of the main causes of bad credit are missed END_OF_DOCUMENT_TOKEN_TO_BE_REPLACED

“The Scottish Government is launching a £10m support END_OF_DOCUMENT_TOKEN_TO_BE_REPLACED

“It said £500m of additional funding would be needed to END_OF_DOCUMENT_TOKEN_TO_BE_REPLACED