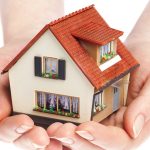 I completed an article saying that First Time Buyers have less of a chance of home ownership than their counter parts from 20-30 years ago.

It is the first article that I have read stating the truth as to the reason why.

Most article that I have read are showing the divide between the static income vs increase price argument but, this one stated the real problem.

The real problem is regulation.
20 years ago, you had loads of choice from 95%-100%, interest only, higher income multiples, self-certification and multiples subprime mortgages.
Now, do to regulation, all of that is gone and it is the real problem. All banks are basically doing the same thing and alter their interest rate to chase the same category of people. Those outside that category who cannot get a mortgage end up being another statistic and the gap of the haves and haves not grows ever wider.

I have asked this question for years. How has all this regulation helped? Who are we protecting?

After the credit crunch it was predicted that we would have a large repo rate, but it never happened.

The bail out from the government to the banks didn’t solve a thing because they (government) failed to punish those bank officials for causing the chaos in the first place. Will that stop the banks from doing it again in a different way? Let’s not forget that someone in government had to allow the banks the facility to lend more money than they had on deposit and also allow stock markets to gamble on mortgages in the first place.
As you can see, governments solve nothing, but they certainly cause a lot of problems

Some of the main causes of bad credit are missed END_OF_DOCUMENT_TOKEN_TO_BE_REPLACED

“The Scottish Government is launching a £10m support END_OF_DOCUMENT_TOKEN_TO_BE_REPLACED

“It said £500m of additional funding would be needed to END_OF_DOCUMENT_TOKEN_TO_BE_REPLACED