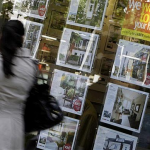 The new higher rate of stamp duty for homeowners with more than one property is due to bite in April 2016.
Questions have flooded into Telegraph Money’s mail bag about how the tax rise will work in practice ever since it was announced in the Autumn Statement.
The rules on who will be affected have still not been finalized but the Treasury has published a consultation paper that sheds more light and calls for further suggestions for how the extra tax should apply.
Here we provide answers to some of the common questions we have received. These will not cover all situations and the Treasury consultation document includes more detail, including hypothetical scenarios of where the tax will, and will not, apply.
A summary of the changes and higher rates can be found at the foot of this article.
• I own a rental property, but not a home to live in
We have had the most queries from investors with a buy-to-let property, but who do not own their own home.
Most are not professional landlords. Some couldn’t afford to buy a home in their area so, in order to benefit from property price rises, they invested in a buy-to-let in a more affordable apart of the UK. Others bought a home but had to relocate and were unable or unwilling to sell, so kept their property as a buy-to-let and rented a home in their new location.
They all want to know if they will face the additional charge when they come to buy a home to live in.
The consultation includes a diagram designed to allow buyers to test if the higher rates apply in their circumstances.

I already own a rental property; will I pay the higher rates if I move from my primary residence?
Many own their own home, plus a buy-to-let or holiday home, and want to know whether they will face the higher charge if they sell their main home and upsize, or downsize, to a new property.
The Treasury consultation confirms they will not pay the higher charge as they will be purchasing a home, rather than a secondary property.
This effectively means that the change will not be applied retrospectively to people who already own more than one property.
We’re married, can we own two properties between us without paying more?
No – the consultation confirms married couples and civil partners will be treated as “one unit” that lives together. Any additional property purchased by either person will attract the higher rates.
Can we help our children to buy?
Many parents want to help their children buy their first property. Traditionally, parents simply acted as a guarantor on their child’s mortgage, meaning they were not part owners of the property.
But very few lenders offer guarantor mortgages now, so many parents take out a joint mortgage with their child to help boost their affordability. As a condition of lending, most banks and building societies require parents to also put their name on the title deeds.
Parents buying jointly with their children now face the higher rates. They can, however, still give money for a deposit, or act as a guarantor for a mortgage, without becoming liable.
I will own two properties – but only until I can sell my old one
The Treasury says the first test of whether a purchase counts as an additional property is if the buyer owns two properties at the end of the day of the transaction. If they do, they will be liable for the extra stamp duty.
There is, however, an 18-month period in which they can sell their previous main residence and claim a refund of the extra stamp duty they had to pay.
Equally, an owner of two or more properties who sells their main residence will have 18 months in which to buy a new main residence without paying the higher rates. After that, the purchase would count as an additional property and the extra stamp duty would be due.
The property we’re buying jointly is the first purchase for one of us, but not the other
The Government has proposed that, in this situation, the purchase would attract the higher rate because one of the parties already owns a property, and will own two at the end of the day of the transaction.
It has, however, consulted on this and has asked for alternative suggestions for how those in this situation should be treated.
What if I’ve already exchanged contracts?
If you are purchasing a property and exchanged contracts before November 25 – when the Autumn Statement was delivered – you will not have to pay the higher tax rate. This is true even if you complete after April 1.
A Treasury spokesman told Telegraph Money that buyers who exchanged after the Autumn Statement and complete later than April 1, should have been aware of the tax rise and so will be expected to pay it.
Can I claim the cost back later from my Capital Gains Tax bill?
As the rules currently stand, investors will be able to take the additional stamp duty, along with other purchase costs, from their sale price, potentially reducing their capital gains on the property in the future.
What’s changing? Buy-to-let stamp duty at a glance
In last month’s Autumn Statement, George Osborne announced that anyone buying second homes or buy-to-lets would be hit with a higher rate of stamp duty.
Anyone who buys additional residential property, including second homes and buy-to-lets, will have to pay an extra 3 percentage points in stamp duty from April 1, 2016.
The additional charge applies above the current “stamp duty land tax” rates. This means there will be 3pc tax (currently zero) to pay on homes worth up to £125,000, 5pc tax (instead of 2pc) on homes that cost between £125,001 and £250,000, and 8pc (currently 5pc) on homes worth between £250,001 and £925,000.
Homes worth up to £1.5m will be subject to 13pc stamp duty and those over this amount will incur a 15pc charge.
http://www.telegraph.co.uk/finance/personalfinance/investing/buy-to-let/12072575/Buy-to-let-stamp-duty-will-you-have-to-pay.html

Some of the main causes of bad credit are missed END_OF_DOCUMENT_TOKEN_TO_BE_REPLACED

“The Scottish Government is launching a £10m support END_OF_DOCUMENT_TOKEN_TO_BE_REPLACED

“It said £500m of additional funding would be needed to END_OF_DOCUMENT_TOKEN_TO_BE_REPLACED