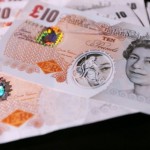 Interest rate rise on the cards! Terrible news for homeowners!

A whole generation of mortgage borrowers who have never seen a rate rise are in for a shock. When they can’t afford it, spending will be slashed.

The slowdown will get worse. The economy will tank!

That, at least, is the scary story. And here’s why it seems like it may be true.

The US central bank, the Federal Reserve, raised official interest rates from their post-crisis low last month, the first rise in nearly a decade. Historically, the UK tends to follow close behind.

And British households, with their record unsecured borrowing and sizeable mortgages, are more vulnerable to rate rises than they are over there.

Scare yourself even more with a superficial look at the data. Households have debt worth 135% of their income according to the Bank of England.

That may be less than the peak in 2008 but it’s still well above the pre-crisis norm of around 105%. And it’s creeping up again.

Unsecured borrowing from credit cards to personal loans is above its pre-crisis level, at £11,800 per household, up £600, according to TUC analysis.

Those who took out a mortgage since 2007 have never seen a rise in the Bank of England’s base rate. And with the average mortgage charging interest of just 3.07%, even a rise of 0.25 percentage points would hurt. It would mean the amount needed to pay interest on the typical mortgage would rise by 8%.

But delve a little deeper. Who exactly is going to be hit by the rate rise?

“My killer fact,” says interest rate rise drum-beater, and former rate-setter at the Bank of England, Andrew Sentance, “is the percentage of people who have a mortgage at all.

“It’s now at its lowest for years – only about 30%. And the percentage of households who own outright is much higher.”

Let’s look at the picture in England where there’s recent data from the English Housing Survey.

It shows there are 14.3 million owner-occupied households. Among them are 7.4 million people, mostly in the older generations, who have no mortgage at all, so a rate rise won’t harm them. In fact it is more likely to help because they tend to be net savers.

They outnumber the 6.9 million (mostly younger) owners who are still paying mortgages. But it would be bad for that group, right? (Let’s try and keep the scare story going).

Certainly, for those who have stretched every financial sinew to buy recently in hotspots like London, the east of England or Kent. If they’re paying 40% or more of their gross income on the mortgage, it might well hurt.

you have a lot less of this if rates went up?

But they are a small minority. Only just over 1% of households are in that danger area, according to Bank of England data. And 90% of mortgage holders spend less than a fifth of their gross income on the mortgage. Not so unmanageable.

“The 70% who do not have a mortgage are in the majority,” Mr Sentence says. “Their interests are actually in having slower house price growth if they’re renters, so they can all get on the housing ladder – or in having a better savings rate. It is odd that we have a policy that caters for a minority and not the majority.”

Last month, the Bank of England published an authoritative survey of more than 6,000 households carried out by NMG Consulting. It asked a scary question. How would you cope if interest rates rose by two percentage points immediately?

The answer was that 31% of households would have to take action – like cutting spending, working longer or renegotiating the mortgage.

But turn that on its head. 69% of households said they could cope with an immediate interest rate rise of two whole percentage points – without having to cut their spending at all.

Not very scary. And it gets even less so. More than half of mortgage holders have fixed rate mortgages. So only 2.9 million holders on variable rates might be affected. If 31% of them might have to cut spending, that’s just 900,000 people. Less than one in 20 households.

That 31% who might have to cut their spending wouldn’t have to cut at all, says the NMG, if their wages grow, as projected, by 10% in the next four years.

And this scenario of two percentage point rise looks in any case highly unlikely.

The thousands of traders in the City who bet on interest rate rises via derivatives currently give the equivalent of 2-1 odds against a quarter-point rate rise any time in 2016, with most betting it won’t happen until 2017. If their projections are right it will take three years to raise rates by one percentage point.

So, for our personal finances, it’s a case of nice scare: shame about the facts.
rates are already higher – thanks to falling inflation

Far scarier, perhaps, is the bigger picture. A powerful argument against raising interest rates is a startling but vital fact. They have already risen.

No, you didn’t miss it. As inflation has fallen to the floor (and sometimes below it), the real cost of money – real interest rates, shot up. From 2011 to 2014, because inflation was higher than interest rates, official interest rates were negative in real terms – a big incentive to encourage people and companies to borrow and banks to lend to stimulate the economy. Now they are positive.

And the economy has been slowing down – growing by 2.1% in the year to September 2015 compared with 2.9% in the same period a year before. Unemployment may have dropped to 5.2%. But far from showing signs of taking off, inflation, currently 0.1%, has been bumping along the floor.

The EY Item Club’s senior economic adviser Peter Spencer points to economic headwinds like the slowdown in China and the oil price drop.

He says: “There’s still a lot of downward pressure on prices.

“One of the reasons the Bank’s so keen to get interest rates up is so they have some ammunition if the economy runs into trouble again.”

While interest rate hawks like Mr Sentance point out that a rate rise now won’t have an effect for 18 months, doves like the Bank of England’s Andy Haldane fear it may choke off a fragile recovery, while signs of inflationary pressure are noticeable by their absence.

“The economic aircraft appears to be losing speed on the runway,” he says. “That is an awkward, indeed risky, time to be contemplating take-off.”

Scary for the economy, perhaps. But not for the vast majority of households.

Some of the main causes of bad credit are missed END_OF_DOCUMENT_TOKEN_TO_BE_REPLACED

“The Scottish Government is launching a £10m support END_OF_DOCUMENT_TOKEN_TO_BE_REPLACED

“It said £500m of additional funding would be needed to END_OF_DOCUMENT_TOKEN_TO_BE_REPLACED